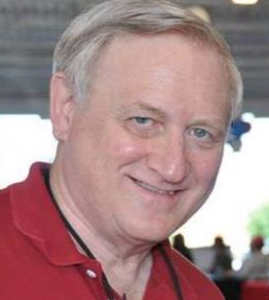 12 Quotes for life, business, and the cosmos

If we’re going to talk about quotations, how about we open with, “Let’s start at the very beginning.  A very good place to start.”  Thanks, Oscar Hammerstein.  All these quotes apply to life, to business, to education, to the human condition, to… need I continue?

These dozen quotes are among my personal favorites. They touch on so many facets of life that it’s nearly impossible to coherently list them.

“I may not agree with what you say, but I will fight to the death to defend your right to say it.” – Voltaire

I’ve seen this quote attributed to others, but when I first saw it, it was ascribed to Voltaire.  And given our current state of affairs, this quote may be more relevant now than at any time in recent memory.  Freedom of speech is just too important to be trivialized.  Shouting down people with whom you don’t agree, and creating lists of approved or unapproved speech, are direct threats to what should be an intrinsically valuable and treasured right.

“Those who do not remember the past, are condemned to relive it.” – Santayana

I first saw this quote on the introductory page to William Shirer’s Rise and Fall of the Third Reich.  How appropriate.  Whether it’s Nazism or terrorism or slavery or any other of history’s warts, the hope is that by remembering the past we can address any issues facing us today, and (hopefully) learn from the mistakes of the past, so that we can deal with those issues appropriately.

There is so much one can learn from Coach Lombardi, but this quote sort of says it all when you’re facing life issues and problems.  Whatever they may be – physical, mental, economic, personal relationships – everyone has their own challenges, obstacles and setbacks.  Some people get knocked down and stay there; others rise to the occasion.

“You can learn more character on the two-yard line than anywhere else in life.” – Paul Dietzel

Having played football through high school and college, this quote really struck a nerve for me.  I remember the conference championship game my senior year in college when we were on the one-yard line late in the game and needed that one last yard to secure the win (which we did, 14-6.)  When you have to have that one more yard and your foe is daunting and determined, dig deep and your character will help you find a way to get it.

There are so many great quotes from Dorothy Parker, one hardly knows where to begin.  Her wit and sarcasm could sting and penetrate anyone’s sense of humor or sense of propriety. At the same time it could inspire as few others did.  Hers was typically a very contrarian point of view – one with which I personally can identify.

“Giving money and power to government, is like giving whiskey and car keys to teenage boys.” – P.J. O’Rourke

P.J. O’Rourke could be classified as a contemporary, male version of Dorothy Parker.  He is one of those rare individuals who can create a metaphor that clearly and succinctly captures the essence of the point he is trying to make – or captures precisely what you’re thinking and feeling.  His writings are generously littered with such insights and observations.  I so envy people like him.

“I didn’t really say everything I said.” – Yogi Berra

I mean, really.  How could anyone attempt a collection of notable and memorable quotations without including at least one “Yogi-ism”?  RIP, my friend.  The world is much sadder place without Yogi.

What would our lives be like without George Carlin?  Another one of those rare individuals who had the talent to not only insightfully comment on something, but to do so with humor.  Yeah, contemplating society’s problems may be noble and virtuous, but it’s hard to see the big picture when you’re trying to find those elusive few dollars needed to balance your checkbook, or when your kids need braces, or when you’re stuck in traffic or crammed into a subway car.

“Did you ever get the feeling that the world is a tuxedo and you’re a pair of brown shoes.” – George Gobel

Here is a tome for everyman if there ever was one.  I’m confident that every human being who has ever walked the planet has felt like this at one time or another.  Unfortunately guys like Old Lonesome George only live on today through the marvels of Wikipedia and YouTube.  For that we should be thankful. I suppose.  Without those electronic connections, such gems may have been lost forever.

“The problem with socialism is that eventually you run out of other people’s money.” –   Margaret Thatcher

Nothing like a cold slap in the face from the Iron Lady to bring you back to your senses. Like Parker and O’Rourke, this succinctly cuts straight through to the heart of the matter.

“Just because you are paranoid, it doesn’t mean that no one is following you.”   –   Woody Allen

You gotta love Woody Allen.  Here is a man who raised self-deprecation to an art form.  And in so raising it, set the bar pretty darned high. How insightful to take something as complex and as deep as paranoia and, in a single sentence, personalize it and bring it down to earth.

“It is a good thing for an uneducated man to read books of quotations.” – Winston Churchill

How true.  What better way to close a rendering on quotations than with an insightful comment about quotations themselves?  And who better to make that kind of comment than Winston Churchill?  You could write an entire book containing quotes from this giant of history.

Jim Tabaczynski has nearly 40 years communications experience including agency and corporate public relations as well as more than 20 years as an independent practitioner.  He holds an M.A. in Journalism/Public Relations from Kent (OH) State University and a B.A. in English from Edinboro (PA) State College.  His experience covers a broad range of clients including major corporations such as BFGoodrich, Dow Chemical and Sherwin-Williams as well as Bar Louie and Nintendo.