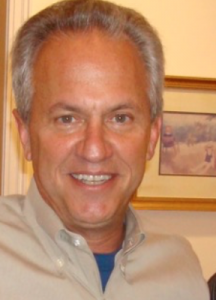 “STC is an outstanding organization I wish I had known about years ago.” So said Paul Joseph who is currently an STC member and host of a recent NEO STC webinar on technical writing. Paul hosted the webinar in connection with his work as CEO of the International Writing Institute (IWI) and promotion of a new edition of Put It in Writing, a book written originally by his late father Albert Joseph. Paul holds an MBA in marketing from Cleveland State and a BA in psychology from the University of Cincinnati. About his experience in hosting the NEO STC webinar on technical writing Paul writes:

It was IWI’s first webinar—very important to us! I thought STC’s mini-webinars was the perfect platform. Bob Young and Tricia Spayer were instrumental in helping get this webinar get off the ground. It was a very positive experience for me professionally and I would gladly do it again. IWI has several webinars on this topic!

When asked about his involvement in the passage of the Plain Language Act, Paul states:

I can argue ad infinitum that Albert Joseph was among a handful of demonstrable (Dad would not like that word, but I see no substitutes!) “plain language” advocates from the 1960’s, way before it became fashionable. In 1960’s Cleveland, he founded Plain Talk, back when “plain” meant “A large area of flat land with no trees” and nothing more. Whether via book sales, endorsement by readers (see Google, Amazon, and ebay) to this day, to clients served, no one did more to advance the Plain English movement than my late father.

Paul also provides a most impressive list of what he calls satisfied users. Here are some of the names.