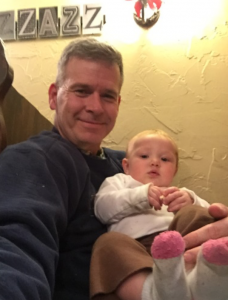 Paul is a past president of the NEO STC community and winner of the NEO STC Distinguished Chapter Service Award (DCSA). The DCSA award recognizes STC members for service to a specific geographic community.

In 2012, shortly after moving back to Ohio from Dallas, Texas, Paul was tapped to work with the NEO STC team as vice president (2012), president (2013), and immediate past president (2014). The community, propelled by an extraordinarily talented group of writers and a terrific leadership team, was awarded the STC Community of Distinction award over three consecutive years.

The NEOSTC is a community of Rock Stars; appropriate since they are, unofficially, the “rock and roll city” STC chapter.

A graduate of his beloved Hiram College (do not get him started; by his own admission you will lose an hour of your life that you can’t get back), He stays active in the alumni and volunteer community and frequents the Terrier campus. Hiram College is one of the jewels of NEO, just ask him.

Prior to Hiram Paul earned the title of United States Marine (Parris Island grad) where he served six years; his last outfit was Cleveland’s 3rd Battalion, 25th Marines, their motto: Find A Way or Make One.

Paul does volunteer work with EyeCare International – an Ohio-based initiative (most of the doctors are from THE Ohio State University) The mission, founded by the late Dr. Bill Brinker, a Hiram alum, provides eye care to El Salvador, where Paul tests for distance and fits glasses for patients (readers).

In his personal life, he is a grandfather, cyclist, runner, and amateur maritime historian.