At the end of March 2018, Monte and I were privileged to attend the 59th (yeah, that’s right 59th) annual STC Rochester Spectrum Conference. This was my fourth time attending; the third as a speaker.

This conference seems to get better each time. At least for me.

My enthusiasm for tech comm and STC were a bit flat recently. This conference spiked them again! 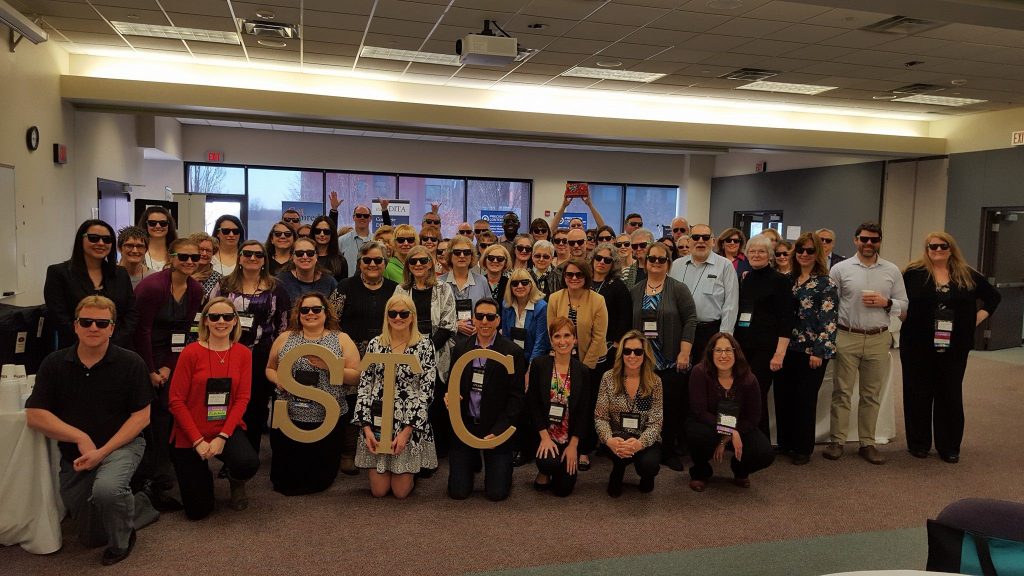 For the first time, I got to see more of Rochester than the conference location, thanks to STC Rochester member, Frances Nardia. Frances offered to conduct a tour of downtown Rochester, along with two of her friends. We got to see some of Rochester’s favorite spots, and learn a lot about the history of this city. Did you know that Kodak and Xerox were founded in Rochester? And there is a museum which houses many of the original Hollywood films in their fragile state. We also got to see Susan B. Anthony’s house, as well as beautiful High Falls. 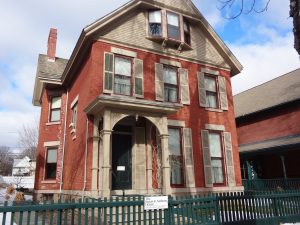 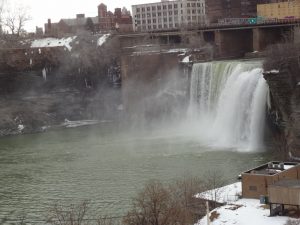 The conference sessions were packed with well-known STC speakers, such as past STC President, Judith Glick-Smith, who delivered a powerful keynote speech on Flow-Based Leadership. Some of my (and maybe yours) favorites were on hand, including Neil Perlin, and Past STC Presidents Cindy Currie and Bernard Aschwanden, incoming STC President Jane Wilson, and incoming STC VP Ben Woelk. Several terrific Rochester-based speakers and others from around the U.S. and Canada rounded out the full schedule.

The education sessions were terrific. The networking and side activities were even more fun! Can anyone say S’mores Bar? (as in snack bar) Yes! 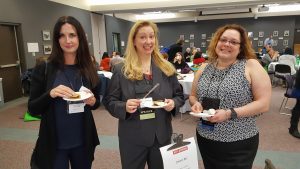 On Leadership Sunday, we got to participate in a two-hour Improv session to learn leadership lessons!  Being shy, introverted, and socially anxious, I was apprehensive at first. Why would I want to make a fool of myself in front of everyone else?

Then I realized the whole point of the Improv session. Why not? It’s not planned. No one has more ‘experience’ in doing these activities, nor any rehearsal time. So after a few warm-up exercises, I found myself volunteering to participate in more of the activities. It was great!! So enjoyable, that I will seek out more of these types of improv activities. (I do get to practice impromptu speaking at Toastmasters, and make a fool of myself on many occasions, so why not expand my repertoire?)

My speeches went well, especially my Gleek Speak: How to Write Jokes speech. Standing in front of a big crowd, telling jokes, and getting laughs? Priceless. My other speech: Who Me? Nervous? Truthfully, I was. I had all the techniques for controlling nervousness in my speech. Yet, my heart was pounding, and I still felt that nervous adrenaline rush while speaking. Perhaps talking about being nervous puts a lot more pressure on you than you might think! Still, I hope I imparted some useful information to the audiences.

The first night in our hotel, my sister and I heard the dreaded fire alarm. We had to evacuate. At least we had the presence of mind to grab our coats. It was only about 20 degrees outside. We got outside, and saw a crowd of wedding guests, including the bride and groom, exiting the building. Fire trucks rolled in from all directions. Everyone eventually gathered outside the front lobby of the building, where staff members grabbed what they could (towels, tablecloths, and blankets) to cover the guests. Some poor souls had been swimming when the hotel was evacuated. That must’ve been painful to stand outside dripping wet in the freezing cold!

About a half hour later, we learned that some jerk threw a cigar stub into the mulch outside the front of the hotel. The smoke went under the building walls, and set off the alarms. We did smell smoke from the burning area. All six fire trucks eventually pulled away, and we were free to re-enter the building. But not before the Bride and Groom took photos with the firefighters (who also took selfies with the couple)! That couple has a colorful wedding story to tell!

After we drifted off to sleep, my sister and I awoke to the alarms again. Ugh. We got re-dressed quickly, threw on our coats, and headed outside again. This time, however, no one was gathered outside. What was happening? We walked into the lobby and asked the staff. They said they were ‘resetting the alarms,’ and if we heard them again, we were to ignore them. Not funny. Grumble, grumble. That was, luckily, the end of the fire escapade.

And this is the end of my story.

I highly encourage you to register for the Spectrum Conference in 2019. It’s only about a four-hour drive from Cleveland. The price is reasonable, the content is fantastic, and the people will re-ignite your spirit for technical communication again!