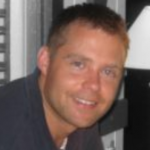 In the webinar held December 17, 2019, Jason Vensel aptly provided tips to help those attending the upcoming Summit maximize their experience in Seattle in 2020.

Jason plans to attend the Summit in Seattle making this one of many Summits he has attended. His insights included not being a hotel hermit. He recommends you go out and meet as many people as you can and take in as much as you can from all kinds of educational opportunities including the Summit sessions and vendor sessions as with those held by Adobe as well as those organized by STC.

Tip 5 is one example of ideas he covered at the webinar. He found from past Summits that Twitter is a good place to get information even if you normally are not a fan of Twitter (as Jason is not). Using Twitter as a digital diary is also an idea of note.

Jason is a past NEO STC president with decades of experience in the field. He makes a joke in this webinar about llamas and an illegal substance, well, maybe illegal in some states.

Download the recorded version of the webinar from the neostc.org site.