Lisa joined the NEO STC (now Ohio STC) in 2005. She attended Bowling Green State University where she earned a BA in English with a minor in technical communication, and belonged to the BGSU student STC chapter.

During her time with Ohio STC, Lisa has served as co-editor of the chapter newsletter, Treasurer, Vice President, and President. Currently she is co-chair of the Academic Relations committee. At the STC national level she chaired the new STC scholarship program for 2019-2020. At this year’s virtual summit, the scholarship winner will be recognized. She is passionate about encouraging young, gifted students to pursue technical communication as a career.

Since last profiled in the newsletter, Lisa has taken some noteworthy trips. Her biggest adventure was in 2013 when she spent a week in central Europe. She toured Budapest, Vienna, and Prague. Below is a photo of the parliament building in Budapest. She was also able to attend two STC Summits in which she was able to extend the visits to include the Grand Canyon in one and Universal Orlando in the other.

Even though the season is on hold, she continues to support the Cleveland Indians in anticipation of baseball’s return. Since spring training was suspended she has been watching classic Indians games. Most recently she watched game six of the 1995 ALCS against Seattle; Kenny Lofton scored the winning run. As always, on opening day she will be wearing her lucky Indians socks.

In 2004, Lisa joined Parker Hannifin’s Corporate IT Technical Communications department where she documents internal IT functions. She still lives in Willoughby where she continues to update her condo or, as Lisa calls them, her happy homeowner chores. 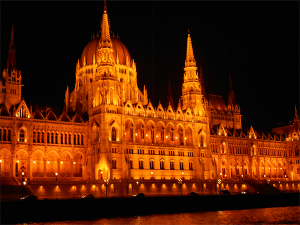