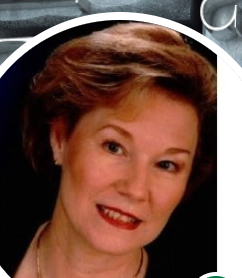 Say hello to the fabulously interesting Darlene Richard as she recently joined Ohio STC, lives and works in Australia, and is a native of Ohio. You will love reading about her background in the following.

What is your personal background?

I grew up in Mansfield, Ohio, in a rather extraordinary family.  My Dad was 20 years older than my Mom.  Both had to quit grade school before graduation because of the effects of the Great Depression.  Dad made it to the 8th grade and Mom to 10th grade.

They were brilliant, curious and driven.  In our family everything was about learning something new every day.  We had three sets of encyclopedias and more books than any other family I met.  (My little brother and I still read with friendly competition).  We enjoyed experimenting and field trips and learning anything new.

Creativity matched curiosity in our family.  For example, we loved animals and nature.  We had every pet you allowed within the city limits (even a horse for a few months, but well, it was the city limits and she had to go).

We had the normal dogs and cats, canaries, parakeets, turtles, goldfish, African finches, guinea pigs, chickens, ducks, wounded pigeons … well you get the picture.  It was not uncommon to be awakened at 3 AM to watch some butterfly or cicada metamorphose into something extraordinary or a litter of kittens or puppies come into the world.

As the unordained family historian and journalist, I recorded the events with as much care and accuracy as I was capable of.  By age 14, I got a new hobby — reading Science Fiction and going to Sci-Fi movies.  That year I wrote my first book.  It was terrible, written in pencil on cream construction paper, held together with turquoise yarn, with a cover made of thin plywood.  It was filled with conjecture about life (that I had not experienced) and science that I only knew a little bit about.  But it was my first attempt!

What is your professional background?

After transitioning through many ‘when I grow up’ visions, I settled on either a Marine biologist or a psychologist.  My Mom rejected both and insisted I do the girl thing and become a teacher and get married.  So, when I went off to Ohio State, it was under protest.  I discovered the easiest/ fastest route to graduation by studying early childhood education (I was not even fond of children).

Then, I did get married and moved to Okinawa Japan where the wonders of a new world and language captivated me and I wanted to grow up to be a poet.  After we returned to the States, my husband took another pathway, and I took the first job that would pay me, as an editorial assistant in a medical publishing company.  I always loved English classes and was outstanding when it came to proper grammar, so it was a great way to earn a living!

There I apprenticed in database marketing and writing direct mail copy.  It was early days for computers in business and I created a program to spit out address labels from our massive subscriber list.  Then I began to move the manual tracking forms I had created into one of the earliest spreadsheet programs.

From then, I was hooked on the possibilities of greater analysis through the computer.  Originally, it was hoped the computer could manage the ‘grunt work’ to free us thinkers so our imaginations could wander freely.

I learned during this time to write persuasively, precisely and powerfully – the result was an increased subscriber base.  I discovered I was a natural at ‘translating’ medical jargon into quickly grasped critical information.  While there, the organisation launched the world’s first, 24/7, continuing education channel into medical facilities throughout North America by satellite.

This drew me in to learn how to write Plain English explanations for complicated aerospace (so new) engineering into ‘human speak’ including writing and designing the first Wall Street Journal, full page advertisement to sell off some of our transponders to other organisations and won a national award from it!

A couple of years later, I started my own newsletter business and was soon ‘translating’ industrial food service, legal and construction articles and books into ‘human speak’.  Eventually, I was writing and editing eleven, monthly newsletters on topics from heart health to printing equipment.

I was headhunted from Atlanta to New York, where my previous eleven years building understanding of people’s reactions to words, took flight.  It was the early days of the deregulated finance industry.  Few seemed to understand the value of the customer database or how to communicate with customers (as opposed to shouting advertisements at them).  This led to telemarketing and customer service, both ripe for technical inquisitiveness and analysis.

What else about your background and interests would you share with our readers?

I loved the purity and ‘dumbness’ of computers.  They would only do what you asked and would do not one thing more.  ‘Talking’ with them and writing instructions was an exacting challenge.  I was good at it.

When I took my team on a search for the best hardware/software combination to automate our customer service efforts, the provider we decided upon, one day asked me what I thought of Australia.  I knew about as much it as anyone who had watched ‘Crocodile Dundee’ twice!

Eventually, they hired me to represent the enterprise/customer response management software and moved me to Australia.  It was supposed to be for two years.  However, there was no one here who had a clue about communicating with customers and the telephony was still rotary dial – so as we say in the South, ‘It was like being a pig in mud’ for me.

I’ve lived and worked overseas (Sydney and a few other places around the world) ever since 1989.

What is your publishing background?

I was asked by McGraw Hill Publishers to write The Customer Response Management Handbook.  It took 18 months to write and another six months working with a proper editor to smooth it for printing.

Once I found the book in an actual bookstore, I was determined I would only earn my living by writing!  Boy, was THAT a mistake!  Yet, every role I fill has a significant writing, training and process component.

What is your involvement with STC?

While working with a financial institution sorting out their incident management systems, there was another gentleman in the team who mentioned STC as a good, like-minded group of professionals.  When I inquired, it seemed there might be some resources and learnings I could benefit from.

However, I must say, no one ever contacted me before this year.  It was thrilling to be asked to help with some member questions and now this!  Such an honour to be part of this group.

On a personal note, I had planned to return to the States last Thanksgiving, so I could enjoy time with my brother and his wife (still in Ohio), but the CCP virus has interfered.  However, when I do, it would be wonderful to meet some of the STC membership and find some work to keep me out of trouble!

By Darlene Richard and Jeanette Evans