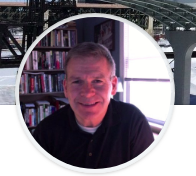 The Society for Technical Communication has long recognized the importance of the hard work and commitment of its members.

The Distinguished Chapter Service Award (DCSA) is designed to recognize exemplary effort, energy, and dedication to a chapter and its activities. The program was inaugurated in 1988, with the first awards given in 1989. The DCSA is the highest level of recognition that a member can receive for service to a geographic community, and is a “lifetime achievement award” for chapter service.

This year, the Honors Committee nominated NEO STC member Paul Holland and the STC Board of Directors agreed.

In 2008, Paul served on ‘The Crucial Communicator’ core committee, which was recognized as Committee of the Year “for creating and presenting an outstanding regional conference.” Paul received individual recognition from three NEO STC chapter presidents who awarded him the Volunteer Recognition Achievement Award in 2009, 2011, and 2013.

When he was no longer leading the chapter, Paul worked quietly behind the scenes as our webmaster, continuing to make our chapter successful.

Paul’s award citation reads, “For outstanding leadership of the Northeast Ohio chapter—for taking the helm, navigating the currents, and serving with honor.”