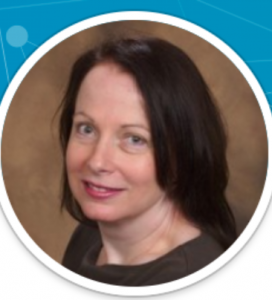 Congratulations are in order for STC Associate Fellow Kelly Graham as she retires from Rockwell Automation after working there for more than three decades.

Since joining STC in 1990, her participation with NEO STC (now OHIO STC) has been a positive influence on the chapter and has moved us forward in our goal of promoting and sustaining the role of technical communicators in our community.

Her spirit of volunteerism has greatly benefited our chapter over the years, and we thank her for it. Some of her accomplishments include:

– Involved with judging publications at the local and international level since 1990 and judging for the scholarship since 2010.

– Resurrected the chapter newsletter, which was recognized in STC’s International Newsletter Competition with an Award of Merit  in 1994, and an Award for Distinguished Technical Communication and Best of Show in 1995.

– Spearheaded a two-day Region 4 conference that earned the chapter an STC Chapter Pacesetter Award in 1997.

– Served as Community President (1995-1997). The success the chapter has enjoyed is partly due to her steady leadership and vision for membership growth.

This work with STC tells just part of the story about Kelly’s volunteer efforts as she began placing senior Greyhounds in 1999 when she founded Golden Years Senior Greyhounds. She is also involved with the rescue and placement of puppy mill dogs, including Italian Greyhounds, Chihuahuas, and miniature Dachshunds.

Best wishes go to Kelly as she starts her new adventure.